The Reason Why Everyone Love or Hate The New Facebook Gadget

Stay and feel connected to the people you love most.

There are so many methods of communicating with loved ones making it easier for couples to have a functioning and better long-distance relationship (Thank-you, Technology).

People often say "They need a space" for a long-distance relationship. Well, this new gadget won't give you space.

Facebook just launched a video gadget for your home, called Portal and Portal+. This new device is built-in with Amazon's Alexa, other diverse apps like Spotify and more. Cool stuff here, Portal automatically zooms, pans and focuses as you move around the room. Watch the video below.

According to the report, Facebook originally planned to announce this new gadget at its F8 developer conference in May 2018. Following this originally scheduled announcement, the Cambridge Analytica data breach scandal brought Mark to the Capitol Hill and left few memes.

The Portal features a privacy shutter that completely can cover the device's camera. It is an actual physical "plastic cover" that covers the camera in the Zuckerberg style. Mark Zuckerberg actually tapes his webcam & mic jack. Perhaps, this new feature could be Mark's idea. Facebook Portal's new slogan also reminds this matter, "Private by design". As per Facebook, Portal was created with privacy, safety, and security in mind. It has clear and simple settings, so you always stay in control. You can completely disable the camera and microphone with a single tap. The red light next to the lens indicates the camera and microphone are off.

Again, Portal claims that Facebook never listens to, view or keep the contents of your portal video calls and your conversations stay between you and the people you're calling. However, Facebook has faced well-publicized issues with data privacy issues (twice) and considering how much detailed data it has on users, putting these types of a gadget in their own room might not sit well with many people.

You can learn more about Portal on Facebook's launch site. 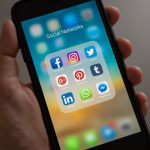 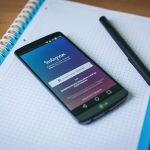